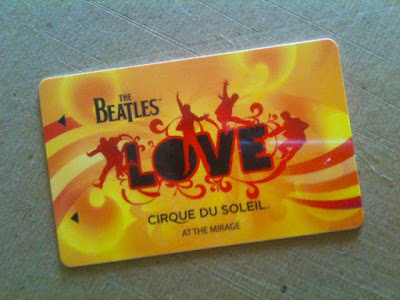 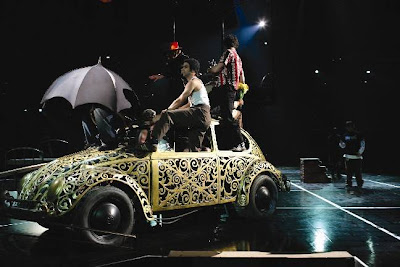 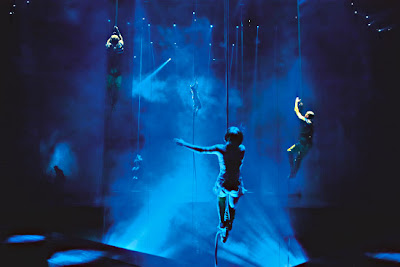 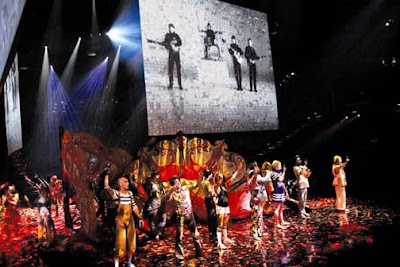 Late last month I had the pleasure of seeing The Beatles LOVE at the Mirage Las Vegas. This show is Vegas grand with the Cirque du Soleil troupe taking your breath away. I have loved the music of The Beatles since I was a child and seeing it put to the acrobatic feats of Cirque du Soleil makes a combination that can't be beat. The show's excitement starts with the first chord that surrounds you in an envelope and does not stop until you are breathless at the end of the show. The performers take you on a magical journey from an England at war to first love. Intermixed with amazement and moments of humor you find yourself singing along to the sounds of the 60s that The Beatles so timelessly created. Mix together some of the greatest rock songs ever created with moments that amaze equates to a night you wish you could experience weekly. "What happens in Vegas stays in Vegas" but The Beatles LOVE will be an experience that stays with you long after you return home.
The Beatles LOVE is playing at the Mirage in Las Vegas and is one show you should not miss.
Posted by Daniel Gross at 8/25/2010 No comments: 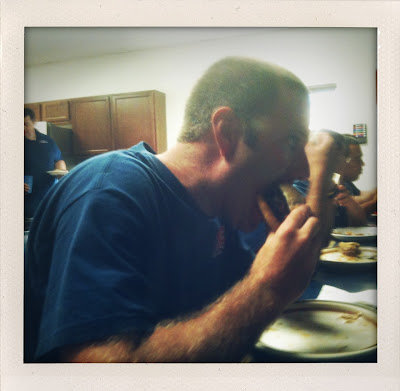 Dinner time at the Firehouse today. One was enough for most, but for some, seconds called. Really it was only one who managed to put down seconds.
Posted by Daniel Gross at 8/22/2010 No comments: 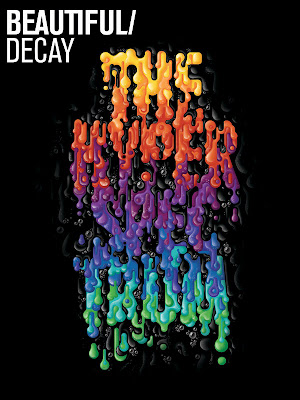 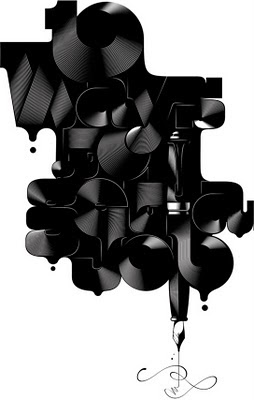 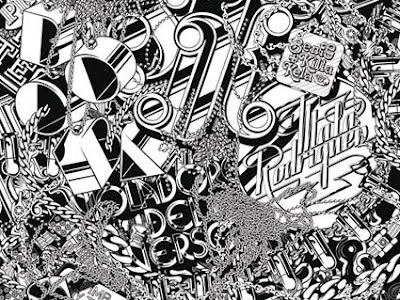 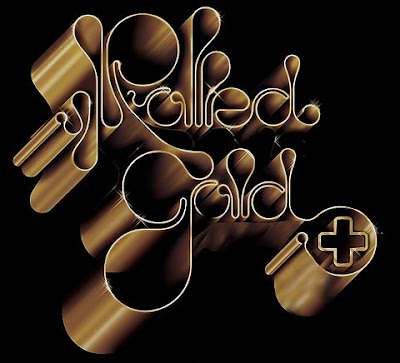 This coming Tuesday, August 24th at 10 am, Alex Trochut will we speaking via iChat live from Barcelona, Spain at the Art Institute of California, Orange County. This exciting event is sponsored by the student chapter of AIGA. Alex will be giving a presentation then open up the floor to questions and comments. Alex is world known for his unique cutting edge typographic treatments for clients like Nike, Coca-Cola, Burton, Esquire, and the New York Times. This is a great opportunity to hear directly from Alex and gain insights into this talented designer. If you are in the area, please stop by this FREE event. To RSVP go to the AIGA student chapter's Facebook page.
Posted by Daniel Gross at 8/22/2010 No comments: 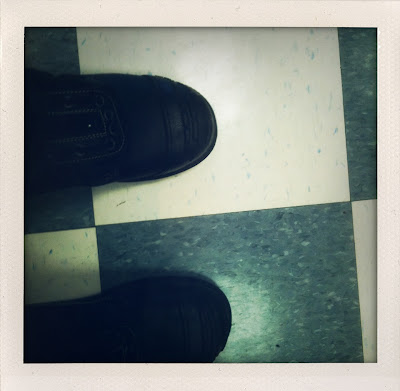 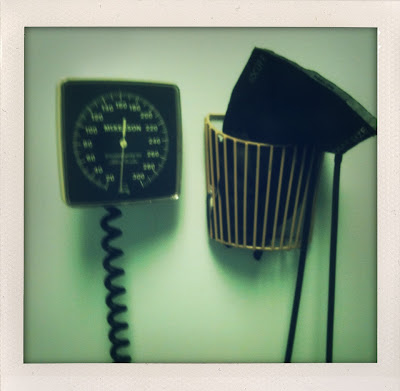 Finally make it to the exam room. 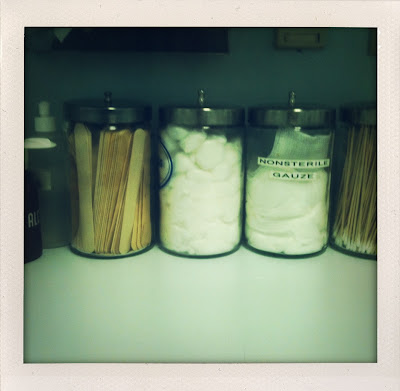 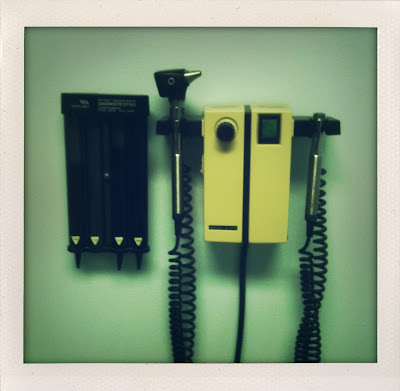 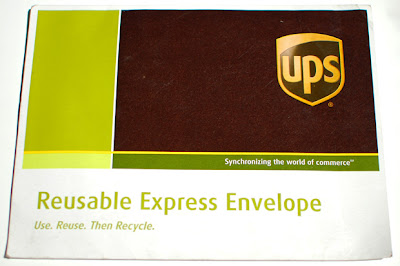 UPS Reusable Express Envelopes have always been a great addition to your company's conservation efforts: They're more convenient for your customers than ordinary envelopes, and they're better for the environment. But now, reusable envelopes – available in both letter and legal sizes – have a color to match their purpose.

Redesigned and made from 100 percent recycled fiber with 80 percent post-consumer content, Reusable Express Envelopes reduce waste by allowing documents to be sent and returned in the same packaging. Now your customers won't need to locate an envelope to return documentation to you, increasing convenience and possibly reducing delays.

When recipients are ready to return documents to you, they simply place a new label (perhaps one that you've included in the original shipment) on top of the old one and reseal the envelope.

You can use, reuse and recycle this envelope. It makes economic and environmental sense.

I am glad to see UPS stepping it up. I look forward to the USPS doing the very same soon. Together by taking small measures we can make a change to the global warming issues that are facing us all.
(via Cool Hunting)
Posted by Daniel Gross at 8/13/2010 No comments:

MOMA In Your Pocket Is that the MOMA in your pocket or are you just happy to see me? The MOMA has added an iPhone app that is just wonderful for all lovers of art. The app allows you to view thousands of works from the vast MOMA collection on your iPhone, see and hear about special exhibits, learn more of the artists and hear curators discuss works. For those that visit the MOMA, you can add to your experience by audio touring or checking the calendar for events and times. The MOMA is open to 8 pm tonight, see I found that out in an instant. This is an exciting and FREE app. In the short time I have been using it, it loads info and images very quick, the interface is well organized. I look forward to see how this app expands by adding even more works. I thank MOMA for setting the stage for other world class museum to follow. These types of apps will make our visiting experiences even better and allow us to take home those sweet memories in our pockets.
Posted by Daniel Gross at 8/13/2010 No comments:

Next Friday, August 13th, will be a FREE showing of the design film Typeface by Justine Nagan at the Art Institute of California - Orange County. The evening will start at 6:30 pm with Live Demos from the International Printing Museum mobile metal and woodblock letterpress. After the demos, the film Typeface will be shown at 8 pm. The event is sponsored by the student AIGA chapter of AICA-OC and the Orange County chapter of AIGA. Come out, network with friends and make a few new ones at the FREE event. Please RSVP at the Facebook link of the AIGA student chapter. I hope to see you next Friday.
Posted by Daniel Gross at 8/06/2010 No comments:

A Cover In Controversy 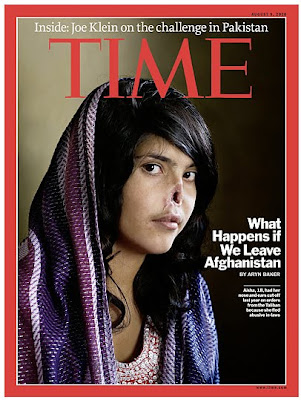 This week's cover of TIME magazine shows an image of a young Afghan Women who was mutilated by the Taliban.

It is a portrait of Aisha, a shy 18-year-old Afghan woman who was sentenced by a Taliban commander to have her nose and ears cut off for fleeing her abusive in-laws. Aisha posed for the picture and says she wants the world to see the effect a Taliban resurgence would have on the women of Afghanistan, many of whom have flourished in the past few years.

The image is backed up by an article that discusses the lives of women in this area of the world. The cover is shocking and disturbing but does help explain just what we have been fighting for the last ten years. The Managing Editor, Richard Stengel explains his decisions to go with such a strong cover image at this link. It is well worth the read to gain a better understanding of just how much goes into a decision.
Photographer Jodi Bieber talks about her approach in making the photograph of Aisha, the Afghan woman on TIME's cover in a video.
The cover image reminds me of the National Geographic cover below. One image from the past inspiring today. 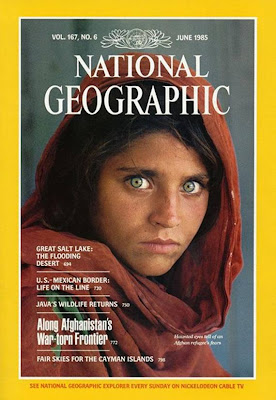 NOTE CHANGE OF TWITTER ACCOUNT AT BOTTOM OF POST
Paul Rand is angry and speaking from designer heaven on his twitter account. Paul Rand who was an American graphic designer, best known for his corporate logo designs, including the logos for IBM, UPS, Enron, Westinghouse, and ABC, is coming back to give us designers words of advice. Angry Paul Rand rants include the likes of:

"You kids keep worrying about what tools you should use for making design. You know what I used? A pencil, a dry martini and some balls."

"You kids still use pasteups & Letraset for graphic design, right? I'd shoot myself if I had to use that unreliable Adobe shit every day."

"Sometimes, Müller-Brockmann and I would get shitfaced and design stuff *off* the grid. We were such crazy bastards back then."

"David Carson set an article in Dingbats. I once downed too many vodka gimlets and puked on a press sheet. At least mine made fucking sense."

"We had the Internet in my day, too. They called it "the yellow pages" and they delivered it right to you. Twitter was called a "telegram."

"I was making the most amazing graphic design in history when you were still fucking around with Comic Sans and a Sharpie."

The Angry Paul Rands makes frequent post and is well worth the follow on Twitter for a daily laugh. I love his historical references to design from the past. I hope someday he explains why he ripped off Egyptian Hieroglyphics for the silly IBM poster. Keep Angry Paul Rand, I will keep following and I hope you will too!
UPDATE UPDATE- Angry Paul Rand has changed to a kinder @NicePaulRand GO TO THIS TWITTER ACCOUNT NOW. Why the change, you will have to ask Paul.
Posted by Daniel Gross at 8/02/2010 No comments: 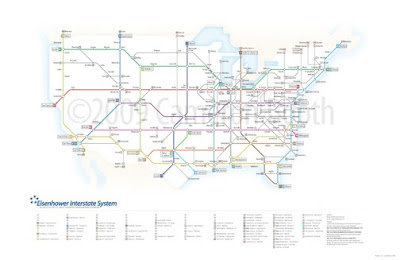 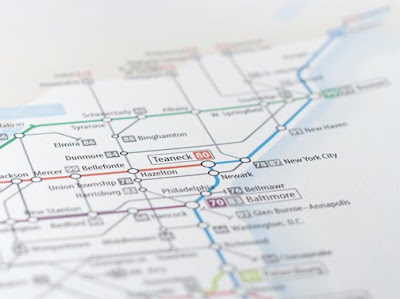 This is a beautiful example of being inspired and reworking for another need. The London Underground map designed by H.C. Beck's was the inspiration for Cameron Booth to design this beautiful map of the US Interstate system. The map becomes a great way to communicate the complex system of roads that we call our Interstate. To view more or to order a copy, go to this link at Cameron Booth's website. Great design is inspired by observation.
Posted by Daniel Gross at 8/02/2010 No comments: