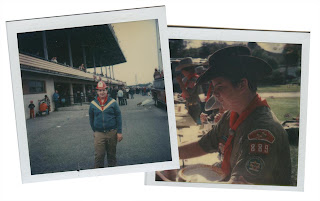 Polaroid announced it is making film that should get everyone through 2008 but after that the era ends. Some are trying to keep instant photos alive at savepolaroid.com. For now, stock up on your film and after that, I guess we will have to add the Polaroid border to our digital photos to kinda keep the tradition alive.
Posted by Daniel Gross at 3/24/2008 No comments: 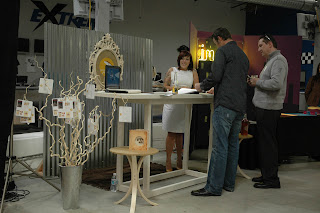 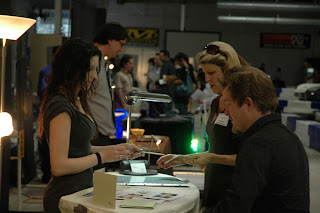 Today marked the end of the quarter for my Graphic Design Portfolio students at the Art Institute of California - Orange County. They presented their portfolios and displays to the public, family, friends and potential employers. I would like to wish them all the best in the future and thank them for all the great projects they have produced. I know they put in many long hours over the past few years. Keep up the hard work and keep pushing yourselves. I hope your passion for design continues to grow in the years to come. Congratulations on completing this first stage in your design careers. Good luck!!
Posted by Daniel Gross at 3/19/2008 No comments:

The NEW Color of Money

The U.S. Bureau of Engraving and Printing is issuing a “NEW” design for the $5 Bill today. The “NEW” $5 Bill will have many of the features we have seen in the past such watermarks and security threads. You will notice a second watermark is added in this new bill to go with the enhanced portrait of Abraham Lincoln but the most notable change is a LARGE 5 on the back of the bill in purple. The USBEP calls this the Low-Vision Feature. “The large, easy-to-read number "5" in the lower right corner on the back of the bill, which helps those with visual impairments distinguish the denomination, is now enlarged in the new $5 bill design and printed in high-contrast purple ink.”

I am not sure who is making the design decisions in Washington DC these days. This new Low-Vision feature is just ugly. Take a look at the purple color, the scale and sans serif font choice of the 5. I think a black would have worked for the 5. I know green would have worked (a dark green for contrast of course). Some how I am also sure the scale issue could have been resolved so the visually impaired could still see a 5. How about a font that compliments the currency’s design and does not look like it was cut and pasted from a Euro bill? I remember when U.S. currency was known as “green backs”. Maybe I am dating myself with that term and will be thankful for the new design when my vision fails for the LARGE PURPLE backed 5. Until then, I hope this design will not bring the dollar down further on the world market. I was hoping for a trip to Europe soon.
Posted by Daniel Gross at 3/13/2008 No comments: