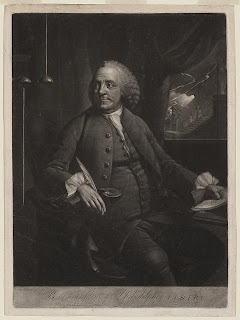 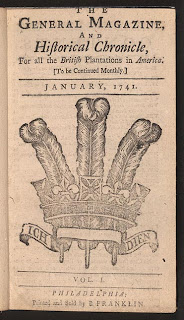 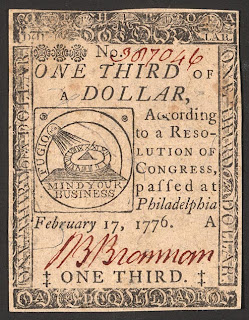 Prior to graphic design as we know it today, back in the 18th century it was the printer’s job to “design” the layout, choose the proper fonts, illustrations and bind it all up. January 17th marks the birthday of one of America’s greatest printers, innovators, and statesman. This great printer and thinker was Benjamin Franklin.

Ben Franklin was born in 1706 in Boston. The fifteenth of seventeen children, Ben learned the art of printing from his older brother James who published a weekly newspaper. At 17 he moved to Philadelphia and started his own print shop in 1728. Franklin become known and trusted for his quality of work, excellent layouts and craftsmanship. As Franklin’s reputation grew the requests came for his skills. Early currency was designed and printed by Franklin for Pennsylvania, New Jersey and Delaware. Even back in the 1729 Franklin devised the use of mica in the paper and leaf imprints as ways to foil counterfeiters. In this same year, he started Philadelphia’s second and most prominent newspaper, Pennsylvania Gazette. Franklin also designed and published one of America’s first magazines, General Magazine in 1741. His magazine lasted for 6 issues.

Franklin continued to own and run his printing business but turned his time to other interests. Some of Benjamin Franklin’s interest included America’s first volunteer fire department, subscription library, public hospital, and property insurance company. Pennsylvania’s first college, the University of Pennsylvania was also helped in its founding by Franklin.

Franklin was one of America’s greatest statesman and ambassador. He assisted with writing the Declaration of Independence and was a signer. Franklin also signed the Constitution in 1787. Benjamin Franklin is known for being an inventor. Thank Ben for bifocal glasses and his experiments with the kite in storms that lead to lightning rods. Benjamin Franklin died on April 17, 1790 in Philadelphia.

To learn more about Franklin visit an excellent on-line exhibit at the Library of Congress website called Benjamin Franklin …In His Own Words.
Posted by Daniel Gross at 1/17/2008