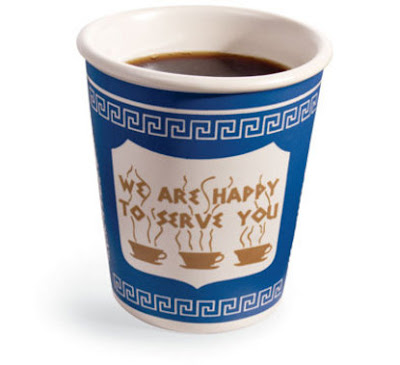 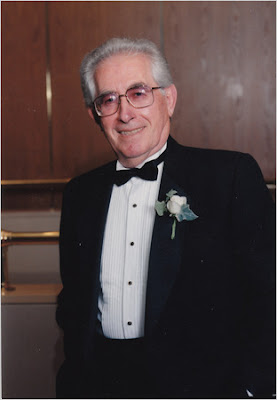 Very few people ever design a truly iconic item but Leslie Buck was one. Leslie Buck died yesterday at the age of 87. If you think of getting a cup of coffee, especially in New York City, you will think of the small blue and white cup, with Greek graphics and the words "We Are Happy To Serve You". This cup has become an icon in New York and worldwide through films and TV. The cup designed by Leslie Buck is called the Anthora and has been made by the hundreds of millions annually since it was introduced in the 1960s. Leslie Buck, a Holocaust survivor, came to New York after WWII. He started selling cup for a local company and came up with the idea after seeing how many "Greeks" owned and operated coffee shops. Buck, not trained as a designer, sat down and drew up the cup. The Anthora cup was an instant success and sold upwards of 500 million in 1994 alone. Mr. Buck made no royalties from the cup, but he did well in sales commissions.
The maker of the cup, Sherri Cup Company was bought by Solo Cup in 2005. Solo no longer carries the Anthora as a stock item, making it only on request but other companies still turn out copy versions of the cup. A ceramic version is available at the MOMA store to buy.
Read Leslie Buck's complete obituary at the NY Times.
Today when I have my coffee, I will be thinking of Mr. Buck.
Posted by Daniel Gross at 4/30/2010