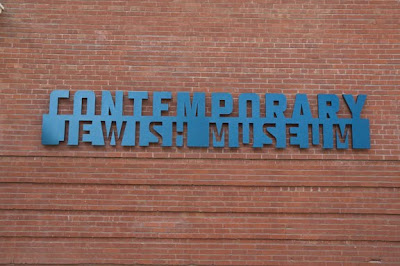 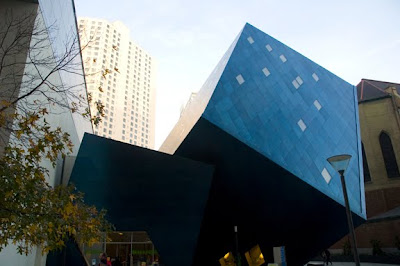 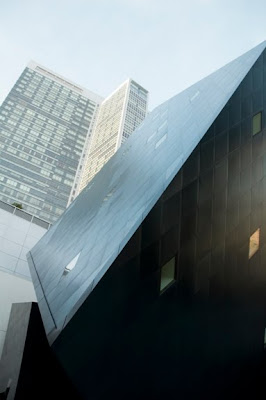 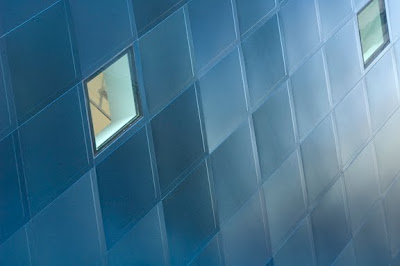 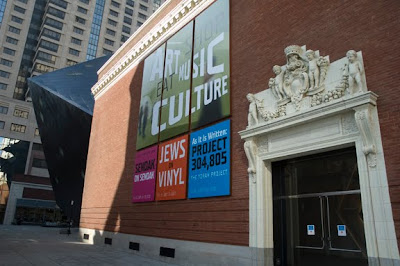 On a recent visit to San Francisco, I had the opportunity to visit the Contemporary Jewish Museum (CJM) designed by noted architect, Daniel Libeskind. Libeskind become famous for his designs of the Jewish Museum in Berlin and his work on the site of the former World Trade Center.
The CJM is a great museum located by the nearby SFMOMA and the city convention center. The design of the museum jumps into view as you walk into the area as the clad blue metal exterior shapes seem to grow out of a historic power station that has stood on the location for decades.

"The site, a complex urban locus, provides the necessary pressure for the emergence of a unique form and energy. The CJM will make visible the relationship between the new and the old, of tradition and innovation. It will transform the physical energy associated with the legacy of the power station to the power of human communication and imagination. The building, though small in comparison to the context, will become a steel-clad jewel like a beacon glowing of the future."

The design of the CJM is a wonderful example of converting and renovating an existing structure to bring forward new life. Libeskind talks about this sense of "life" in the following statement:

"The CJM building is based on the Hebrew word "L’Chai’m," which means "To Life." The two Hebrew letters of Chai, with all their symbolic, mathematical and emblematic structure, are literally the life source and the form of the Museum. In the Jewish tradition, letters are not mere signs but are substantial participants in the story they create. Thus the spatiality of Chai - a fundamental emblem of Jewish life - will be experienced as a full dynamic movement responding to the many levels of interpretation this word possesses."

Upon entering the museum through the old doors of the power plant, one is greeted with again merger of the old and new with a white wall that angles and intersects the existing structure. Angled stairs lead you up to room that forms the interior of the large square shape on the outside. You enter this gallery space to find white walls that are punched by windows of rectalinear shapes. The space is large and airy and becomes a work in itself. 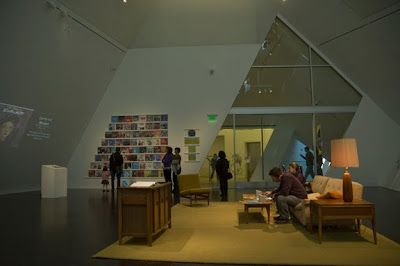 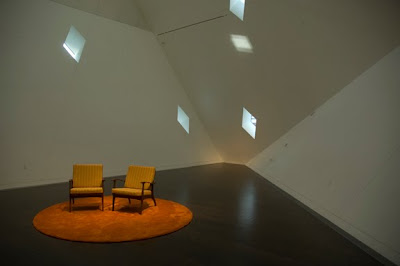 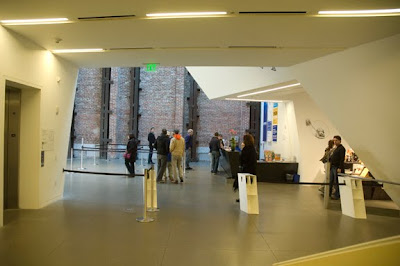 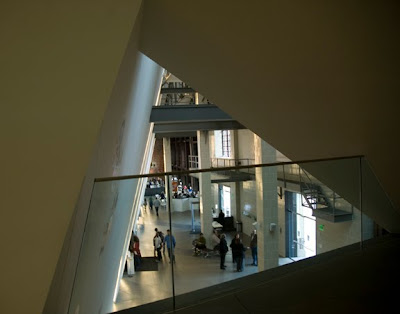 The Contemporary Jewish Museum has rotating exhibits in its spaces that show case modern jewish life. Currently showing is a great exhibit on Maurice Sendak until the end of this week; As It Is Written: Project 304,805, an exhibit on the writing of a torah scroll; and Jews on Vinyl, the history of Jewish recorded music from the 1940s to the 1980s. 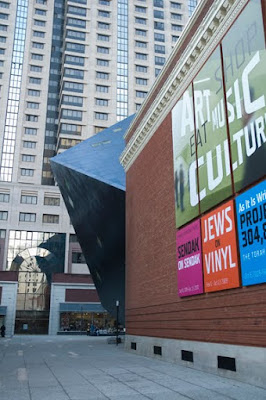 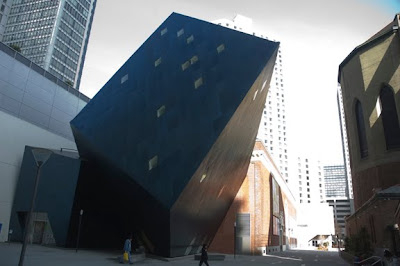