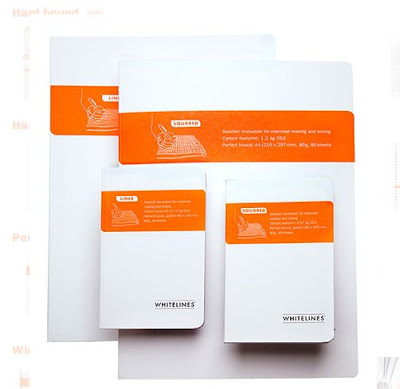 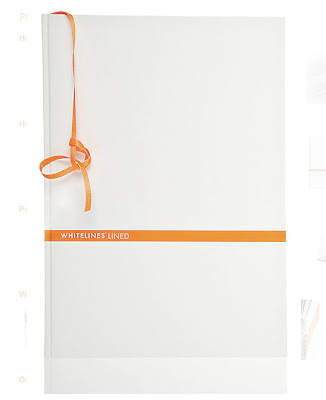 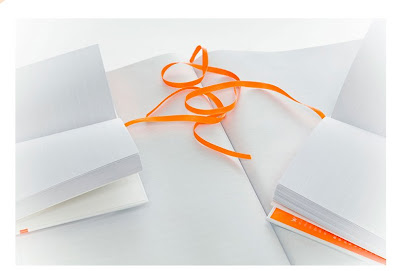 Ever want and notebook or sketchbook with lines but not really? Do those black and blue lines make you use a blank sketchbook but you know your writing looks like a drunk sailor on leave? The solution has been found in a line of notebooks from a Swedish company, WhiteLined. The WhiteLines notebooks are printed with a slight line that is closer to a white then the normal black found in books. The faint line allow you to draw without the annoyance of dark lines but they are visible enough when you do need to write. From the Whitelines website:

"The idea for Whitelines® came to me when I was copying a sketch of another product, Sinko. I was irritated because the lines on the copy made a mess of my sketch. It was then that the idea of having white lines hit me. White lines would not be visable on a photocopy, but the dark lines that I had written would. It is a pleasure for me to be able to offer these lines to you. I hope that Whitelines® is successfull in supporting your ideas."

They have a complete line of notebooks, Hard bound, Hard wire, Perfect bound, Wire, Orange glue, Saddle stitch, and even do custom editions. The A6 Hard bound is equal to a standard size moleskine. I love the concept and will have to try them out and see if they give my Moleskine a run for its money. Check out the full line and story at Whitelines. To order go to Amazon.com
(via Cool Hunting)
Posted by Daniel Gross at 6/30/2009