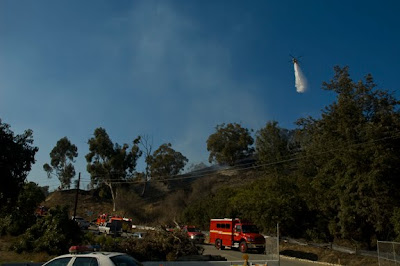 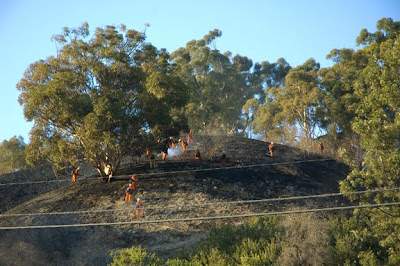 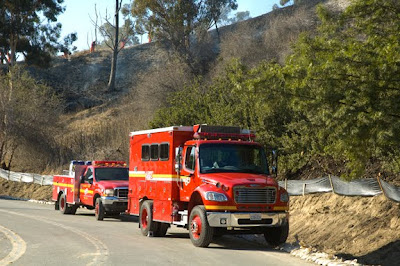 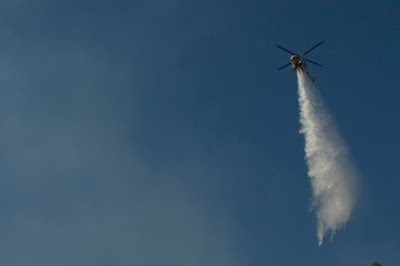 On the afternoon of November 23, I assisted on a brush fire of several acres on Hacienda Blvd. in La Habra Heights, CA. The fire broke out on a hillside and endangered several homes at the crest including a senior housing unit. I worked as the incident commander for the La Habra Heights Fire Department and set up a unified command with the Los Angeles County Fire Department. LHHFD responded with 3 engines, a rescue squad and two command vehicles. LACoFD responded mutual aid with a full brush assignment which included numerous engines, hand crews, air attack helicopters, and command personnel. The fire was knocked down in approximately one hour followed by several hours of checking for hotspots. Many thanks to all the firefighter from La Habra Heights Fire Department and the LACoFD in helping to control this fire quickly and saving all endangered homes.
Posted by Daniel Gross at 11/24/2009

I saw this fire and thought you might be a part of it. Glad all turned out well.