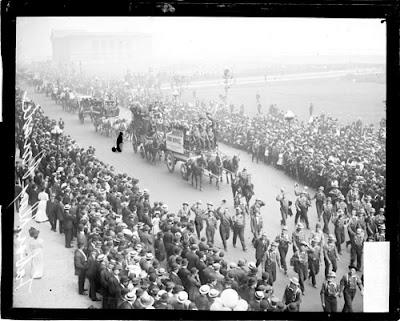 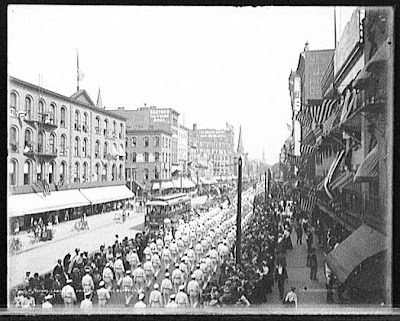 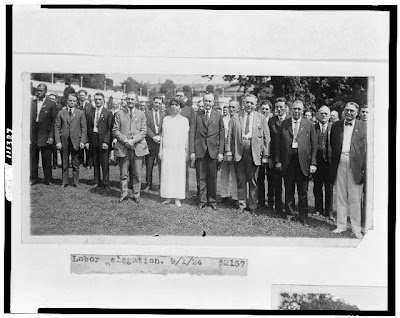 The first Labor Day in the United States was celebrated on September 5, 1882 in New York City. In the aftermath of the deaths of a number of workers at the hands of the US military and US Marshals during the 1894 Pullman Strike, President Grover Cleveland put reconciliation with Labor as a top political priority. Fearing further conflict, legislation making Labor Day a national holiday was rushed through Congress unanimously and signed into law a mere six days after the end of the strike.
Some 10,000 workers assembled in New York City to participate in America's first Labor Day parade. After marching from City Hall, past reviewing stands in Union Square, and then uptown to 42nd Street, the workers and their families gathered in Wendel's Elm Park for a picnic, concert, and speeches. This first Labor Day celebration was eagerly organized and executed by New York’s Central Labor Union, an umbrella group made up of representatives from many local unions. Debate continues to this day as to who originated the idea of a workers' holiday, but it definitely emerged from the ranks of organized labor at a time when they wanted to demonstrate the strength of their burgeoning movement and inspire improvements in their working conditions.
Happy Labor Day!
Posted by Daniel Gross at 9/07/2009