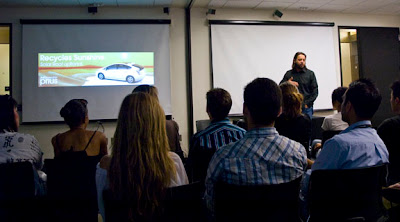 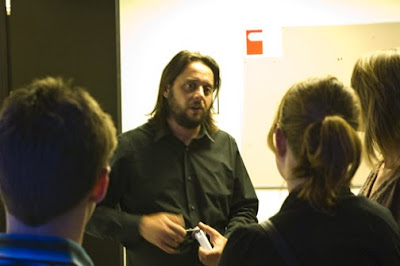 Andrew Christou - no Range Rover for this ad man, he drives Prius. Andrew Christou, the Creative Director behind the most recent Prius campaign from Saatchi and Saatchi, LA visited the Art Institute of California - Orange County last month to speak to a group of advertising and graphic design students. Andrew's memorable ad campaign for the next generation Prius has taken the line to a new level. He spoke about the process of the campaign and the many channels used to sell the Prius, not just the striking TV ads, like online, interactive, and non traditional means like POPs on the streets. Andrew has worked on ads for many of the "biggies" including Toyota, Nike, Pepsi, Coca-Cola, General Motors, ESPN, and Bacardi. Andrew spoke about the passion and drive of working in the advertising and design field. He gave the students insight to getting started from his early days at SVA, to his first job in New York City to his move to Wieden & Kennedy, Portland where he did the Lil Penny ads for Nike. Passing along his thoughts on working hard, being creative, and sticking to your concepts and ideas, in a relaxed and humorous manner, Andrew spoke from the heart. Andrew discussed the sometimes mad pace of the advertising world in reference to a series of Nike ads related to a past baseball strike where concepts, filming and production where all done in a week. Andrew's discussion was insightful and it was a pleasure to meet this down to earth Creative Director. I thank Andrew for giving of his time to pass along to the next generation of creatives. To view more of Andrew's work please check out his website where you can view many additional ads that he has created over the years. 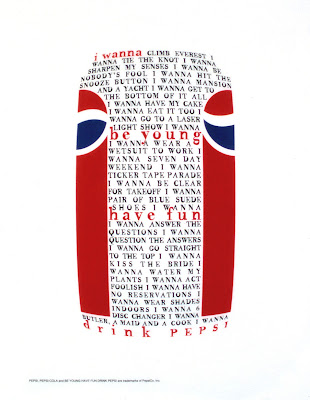 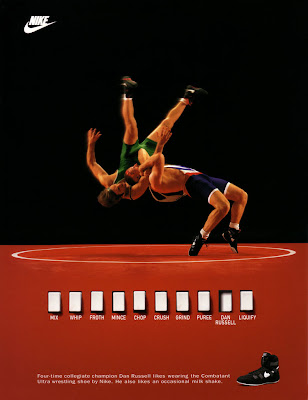 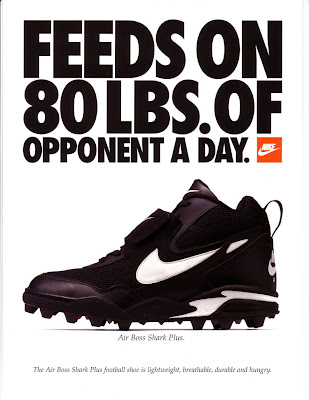 this looks pretty awesome. your going to have to let me know the next time you have a speaker in.