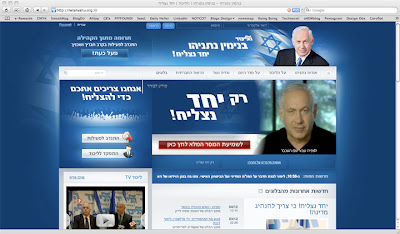 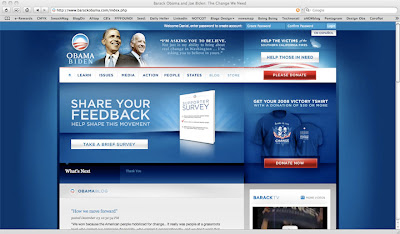 Seeing Double? Yes you are. The ultra right conservative Benjamin (Bibi) Netanyahu in Israel is running for Prime Minister. It seems his web team has stolen, (allegedly stolen) Barack Obama's website. Bibi's site is almost identical to Barack's. Consider this, in Hebrew you read from right to left. Now if you look at it you say, its the same. The New York Times wrote a small article on this last month. In the article it wrote, “Imitation is the greatest form of flattery,” noted Ron Dermer, one of Mr. Netanyahu’s top campaign advisers. Imitation? They could have atleast changed the colors, modified the layout. or the buttons. For me, way too close, so close I would say I am seeing double.
Posted by Daniel Gross at 12/04/2008

He's probably thinking,"if it worked for him then..."