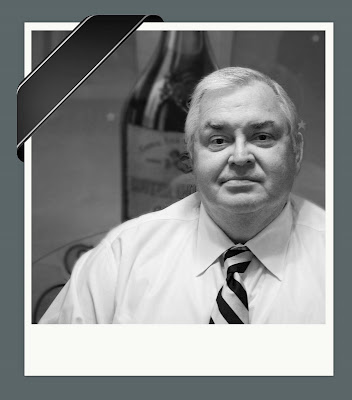 "Hospitality- the friendly and generous reception and entertainment of guests, visitors, or strangers."

This terms defined my dear friend, Paul Yarmoluk, who died earlier this month on October 2, 2010 from a fight with cancer.
Paul grew up in Ontario, Canada in a family hotel business which set the stage for his later life. Paul was known in the culinary and hospitality industry for his many project developments and leadership roles working with such companies as the El Torito Grill, Fuddruckers and Vic Stewarts. If you have ever had those wonderful hot tortillas with sweet butter and salsa at the El Torito Grill, that was an example of Paul's tasty handy work.
I came to know Paul while he was developing the culinary program at the Art Institute of California - Orange County. I was working as the director of the graphic design when Paul came on board. We became instant friends and someone you could always count on.
This was Paul, a friend to all and a man with a huge heart. A heart for his friends and a huge heart for his family. He talked often of how proud he was of his kids and discussions of his granddaughter would bring the biggest smile to his face. Paul was the kind of man that gave his all to his workers, his students, his family and friends. You could always count on Paul telling a story and a joke to start the day and looking out for others. It was always a pleasure to spend time with Paul, working or over a drink on a Friday afternoon to finish off the week. I also worked with Paul on numerous design projects over the last 9 years and each was a pleasure. Time with Paul was time well spend.
Paul "got it"; in business and with people, providing a friendship and generosity that will be truly remembered and missed.