Objectified: A Film by Gary Hustwit 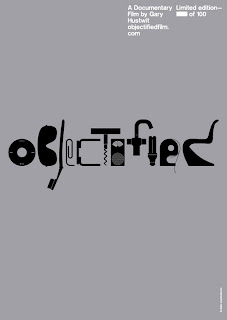 Gary Hustwit brought us "Helvetica" last year which was wonderful. Now he is working on a new film called "Objectified".
Objectified is a feature-length independent documentary about industrial design. It’s a look at the creativity at work behind everything from toothbrushes to tech gadgets. It’s about the people who re-examine, re-evaluate and re-invent our manufactured environment on a daily basis. It’s about personal expression, identity, consumerism, and sustainability. It’s about our relationship to mass-produced objects and, by extension, the people who design them.
The film is due to be released the first part of 2009. To learn more and order a t-shirt go to the films site at www.objectifiedfilm.com
Posted by Daniel Gross at 7/31/2008

I can't wait for this! I loved Helvetica.

Thanks for your comment Danny. I just bought an old Chandler & Price 10x15 press, I'm in the middle of planning the move. I'll post about it as soon as I get more details.